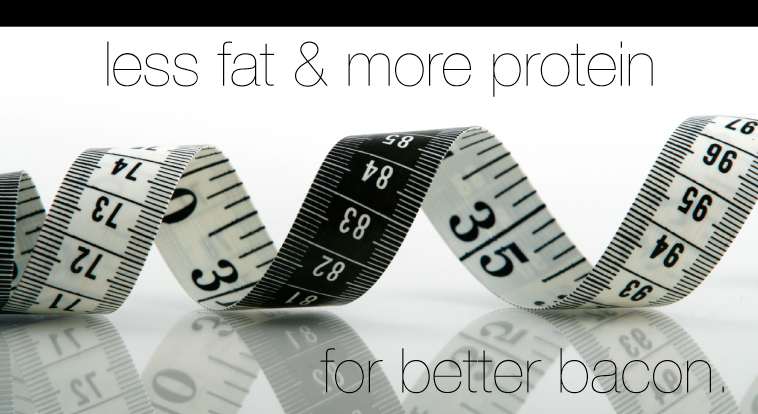 Bacon Pro's microwave cooker is designed so the bacon grease drips away while it cooks. The bacon hangs vertically, so as it cooks, gravity will cause the fat to drip away into the collection dish as it renders. No more grease soaked bacon.

According to the USDA¹, a cured slice of bacon in a raw state is made up of 12.39 parts water, 3.53 parts protein, and 11.1 parts fat, so the majority of the water and fat are lost during cooking. That's why when you cook a pound of bacon you only end up with approximately 4 ounces of cooked bacon. That's also why the grease pops and splatters as the water in bacon is released into the hot grease when pan frying bacon.

Less Fat In Bacon Cooked In A Microwave: An apples-to-apples comparison of the USDA's Approximate Nutrient Values & Weights Report describes the content values for fat, protein and water. It highlights the differences in edible bacon using different cooking methods. We focus on their 100 gram (3.52 ounces) values specifically because they allow for a statistically valid comparison. 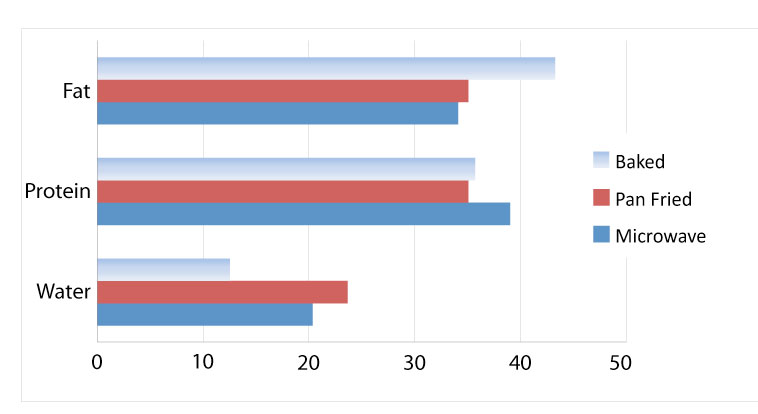 You will notice in the chart shown above, that bacon cooked in a microwave has less fat and more protein than baking and pan-frying. The advantage of cooking bacon in a microwave oven versus other cooking methods is significant. Couple that with Bacon Pro's design, where the grease drips away, and you'll be serving bacon that contains 30% less fat.

The USDA cured bacon data was collected in 2003 and 2009 and their microwave cooking testing procedures did not include a Bacon Pro because it was first introduced in December, 2014.

A Bacon Pro is made from the highest quality food-grade copolymer that contains no BPA, Melamine, or Halogens. Nothing was overlooked when it comes to safety. 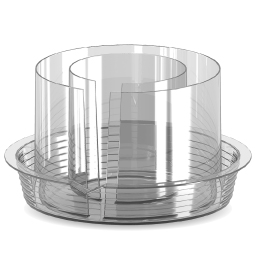